Over a month ago, I wrote to friends and family: "I have suffered severe post traumatic stress which I have had to deal with since my first femur break in 1971 at the age of three. My body shuts down and goes into a shock that is possibly the worst feeling a person can imagine. That coupled with the intense excruciating pain of the actual break is my own personal hell. One I have had to deal with many times.

In 2002 I slipped on a curb and got a hairline fracture in my left femur. I recovered but the pain never went away. Last year I went to an Orthopedic surgeon who found a growth on the head of my femur called an “Heterotopic Ossification.” It was the size of a softball. I went in for surgery to have it removed and for the doctor to remove the rod that had been in my left leg for nearly twenty years. He tried every which way to remove it by banging it out, but it would not budge. He sewed me up and that was that.

Since then I have been having intense, unbearable pain in that leg. I move by use of crutches, a walker and a wheelchair. It is 24/7 and has a effect on every aspect of my life. I thought I was getting better until yesterday.

I went to see one of the top trauma surgeons after two Orthopedists basically gave up. This doctor then found something on the X-ray that no one else had noticed.

The rod in my leg is bent and broken half way through.

In short, that means my leg can snap at any time. Walking, sitting, rising, going to the bathroom can make my femur break and then I will be in hell once again. I don’t know what is worse the trauma and pain or knowing it could happen at any second.

My two options are these: Do nothing, which is not an option or have a minimal 4 hour surgery where the specialist will try and remove the rod even though it will probably snap off and leave the rest in my leg. If that is the case, he will have to place steel plates on the outside of my femur and drive many screws into it to stabilize it while I have a broken in my leg for life. The doctor practically had tears in his eyes and told me to inform my family."

What happened: Last Thursday I went into surgery. The doctor prepared me for the worst and most probable case scenario: The rod would snap off and I would need steel plates and screws as kind of a "stop gap" solution to my problem as the old rod had fused with the femur bone and wouldn't budge.

I davened and cried to Hashem. I begged Him for a miracle. I asked Him to allow my leg to release the rod and make it an easy surgery.

And He answered me. As I awoke, I was informed that yes, the rod did snap, but somehow the surgeon was able to remove the broken part from the bone and then installed a brand new 2006 titanium rod in its place. The doctor himself was astonished. Instead of months of pain and no weight bearing, I was told that I could put full weight down on it and use a walker to get around. I am now using only Alieve for pain.

Thanks you Hashem for answering my tefilos. May He answer all the sick of Klal Yisrael!
Posted by Judah HaKohain at 7:04 PM

Baruch Hashem!Glad to hear of the good news. Will continue to daven for your refuah shlema.

when you get a chance, could you (or anyone else) please tell me the source of the Yehuda, son of Jacob's birthday?

Baruch Hashem!
I am relieved to hear the good news.

Thank you Abishteh for helping Judah!

Wonderful news. Baruch Hashem and thank you for sharing this with us. It gives other hope as well. 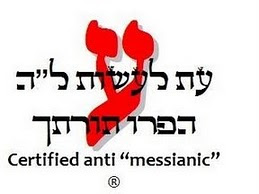